Home » Local Business Blog » How Often Should I Replace My Roof?

How Often Should I Replace My Roof? 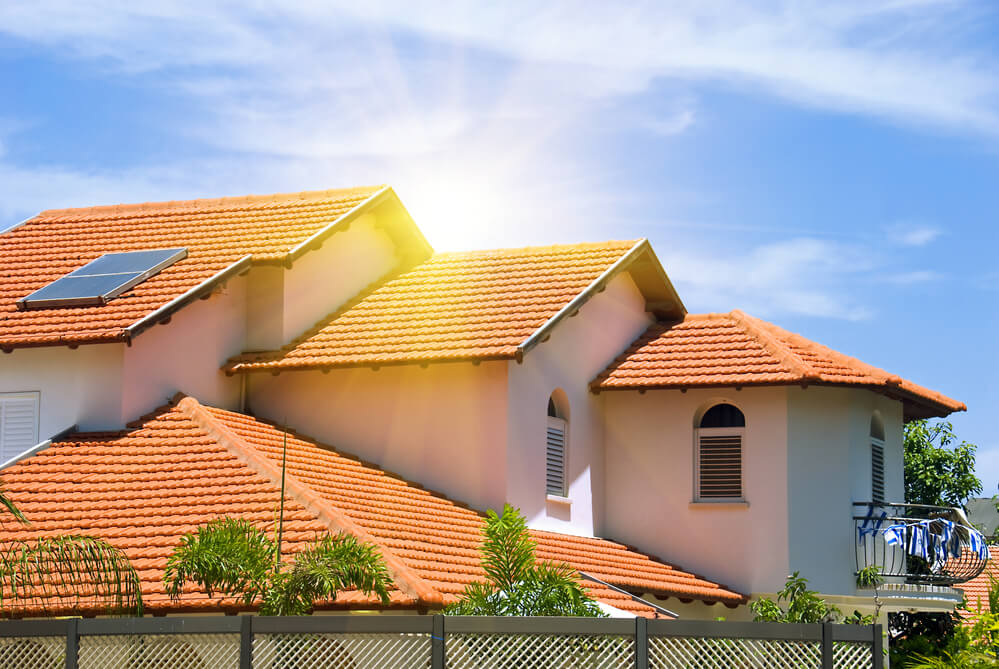 Roofs are often overlooked and why wouldn’t they? When they are doing their job you don’t have to think of them, but when they start to leak it becomes much more noticeable. When to replace your roof can vary dramatically. It depends heavily on the type of roof you have.

On average, a typical roof will need replacing after between 15-30 years. It all depends on what type of material you use because some materials wear out faster than others over time as they get older.

How many different types of roofs are there?

There are several different styles, with the most common being the gable, hip and valley, and flat roofs. Each of these different types have different advantages and disadvantages that are heavily influenced by their environment.

These type of roofs come in regular, box and side variants. These roofs are great for getting rid of snow and water because of their fairly steep incline, along with having superior ventilation. They are not recommended in hurricane-prone areas because of their construction though.

What about hip roofs?

These roofs have a slope on all four sides and are usually of equal length. Because of this, they are much more stable than steeper roofs. The main disadvantage comes from the construction as these roofs are much more difficult and costly to build.

Flat roofs are usually used in commercial applications, but can also be found in residential homes. Their design is great for installing AC units or solar panels on top of, and are generally cheaper to install. They are not recommended in heavy rainfall or snow areas.

What about the material of the roof?

There are a plethora of different roofing materials out on the market now. Expect to find things like asphalt, tiles, wood, metal, and even slate in construction. Naturally, all of these materials decompose at many different rates.

Asphalt is the most common type right? Yes, the reason for this is that they are able to be mass produced at a fairly low cost and have a decent lifespan. Asphalt shingles are also able to be repaired much easier than others. Their main downfall is that they don’t do well in areas of major and sudden temperature fluctuation.

What about tile shingles?

The prettiest roofs are often made from tile shingles and are often made of lighter colors. These heavy duty tiles are some of the longest lasting, but also the most expensive. The upkeep on them is also a little bit higher and need maintenance from time to time. While tile roofs are less likely to need replacement because they have a longer lifespan, their age is still an important factor in determining the cost of replacing them. Tile roofing materials can last up to 75 or 100 years with proper care and maintenance.

Some shingles last up to 30 or 40 years, while others may not make it past the ten-year mark before they are either damaged beyond repair by weather and sun exposure, or have lost their ability to keep water out of your home.

A concrete roof is 20 to 30 years, depending on the quality. You will know that it needs replacing when you notice damage like spalling or cracking which

Is metal roofing any good?

Can work quite well depending on your circumstances. When made of low-galvanized metal they are some of the most affordable and have a tremendous lifespan. The biggest disadvantage is that they are really noisy during rain or hail.

So, when should I replace my roof?

The typical roof can last anywhere to 20 - 40 years on average. Some higher-end materials can last upwards to a century. Naturally, the style of the roof can also influence when your roof should be replaced, with storm damage and snow deposits being the main culprit.

What are some warning signs that I should get my roof checked out?

Ideally, you want your roof checked out once to twice a year. There are many signs that you need to replace or repair your roof such as missing shingles, damaged valleys, and decaying flashing. If you are suspicious of damage, always err on the side of caution. You will know that it needs replacing when you notice damage like spalling or cracks which are usually caused by water intrusion. If the shingles on your roof are cracked, discolored, curled or pinched from wind-driven rain they're deteriorated and need to be replaced.

The lifespan of a slate roof is dependent on geographical location. For example, shingles on a roof in Phoenix Arizona may need to be replaced after just three years or so because of the heat. Conversely, they could last for 100+ years if installed in Connecticut.

What are some basic maintenance tips?

Aside from taking a good examination every few months, I would recommend blowing off any debris, as accumulation can clog gutters and damage the roof. Make sure you trim any low hanging branches of trees as they can fall on the roof during storms.

What about repair? If you have a shingle roof the repair is a fairly simple process. All you need is a nail gun, some shingles, a piece of plywood, some felt paper, and roofing tar. Obviously, anything bigger than this and you’re going to want to consider getting a new roof entirely.

How much does a new roof cost?

You’re probably sick of hearing this, but the material and type can influence this greatly. HomeAdvisor puts the typical range for a new roof anywhere from $5,115 to $9,761 - with a potential upwards amount of $30,000.

How do I pick a good roofing contractor?

I would recommend picking a local contractor, as they will be more familiar with your local and state laws. Also, do some research on the Better Business Bureau (BBB) to make sure you are getting a contractor with a good score.

Anything else I should know?

Expect your roof to last around 30 years - with varying levels depending on the type of material and style. You can maximize this and save some money by keeping some basic upkeep, along with being mindful of any eroding portions of the roof.

What Is Wrist Arthroscopy Surgery? 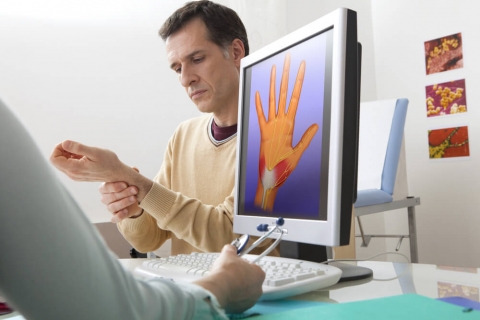 Do you have a wrist injury that refuses to heal? Are you an athlete that wants to get back in the game as soon as possible? Your doctor may have suggested wrist arthroscopy surgery. 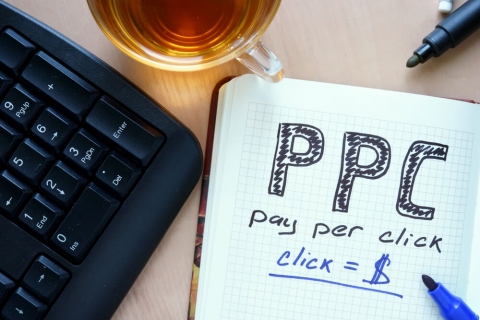 How Much Does a Long-Distance Move Cost? 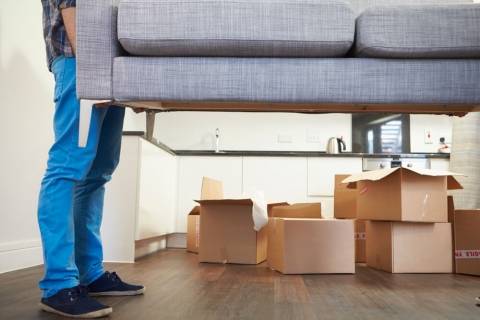 When you are ready to move a long distance, there are a lot of different things that need to come together. One of these is how you will transport all of your items from one location to another.

What Happens If You Don’t Fix Foundation Problems? 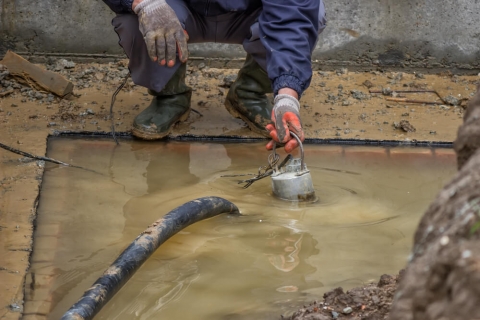 Do you know that small problem with your foundation? We’re talking about that little crack that is supposed to be ‘no big deal.

What Is the Difference Between HVAC and Air Conditioning? 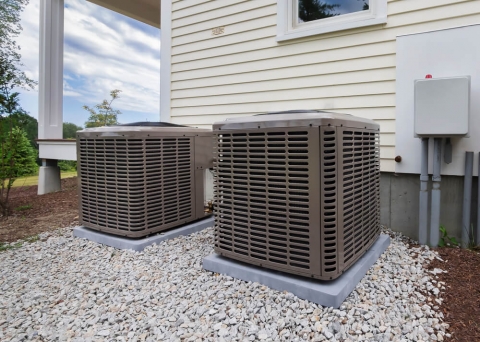 If you are unsure of the difference between an HVAC unit and an AC unit, you are not alone. Many homeowners are confused about what the two terms mean and what the difference is between them.